skip to main | skip to sidebar

Back to normal service

The Christmas rush is over...

Time for a few days of well earned rest. Many thanks to all our customers for their support this year.


If your sharing a family Christmas this year and talking over old memories of years gone by..............


Dig out the tapes and cine films We're back on the 3rd of January and ready to help preserve those treasured moments captured on cine and videotape.
Posted by Jim Gregory at 10:16 No comments:

We are experiencing exepctional demand for our quality and value for money service.

Every year we get extremely busy in the run up to Christmas and already orders are flooding in.


Please remember to order in good time of you are having a DVD made as a Christmas pressie.


Currently, November 4th, we are advising a service time of 14 days on the average order.
Posted by Jim Gregory at 10:25 No comments:

A look at our offices 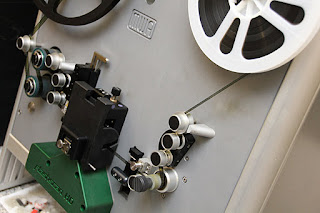 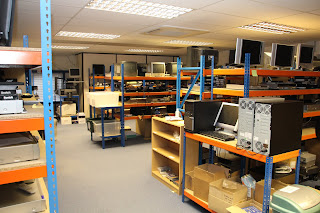 We're back from a weekend spent at the family history show at Olympia.

It was great to see so many customers, old and new. We also made some new friends on some of the other stands.

Photo Valet for restoration of old, faded and torn photographs

Beautiful Memories Whether telling your stories, sharing memories, bringing your family tree to life, recording a legacy or capturing a special event, Beautiful Memories will create a film to be an everlasting treasure.

Sepia Quill The National Archive of Wedding & Social Photography is there to store images for the nation. The ordinary every day social images that all families have and images that very often get lost or discarded at the end of someone's life. Well we don't want that to happen and hence the purpose of this Archive to prevent the Nation's images being lost.


They all come highly recomended by us.
Posted by Jim Gregory at 12:45 No comments:

The latest news on how we transfer cine film

How we make transfer your cine film.

The first step when your film arrives is a visual check of your materials. Next your films are sorted in to any specified running order and one of our technicians will begin the process of inspecting the films and if you have supplied a number of small spools, splicing them in to larger reels on which we will return your films.

Your film is then ready for transfer.

We are proud to be using the FlashScan HD, designed and built in Germany my MWA Nova. The FlashScan takes transfers to a totally new level and moves away from using modified and so called updated projector technology.

The basis of a stable and precise transfer is a stable and precise movement of the film through the film deck or gate. In the days when cine film was projected the movement of the film was controlled by a toothed wheel/sprockets and a claw that pulled the film through the gate frame by frame. The vast majority of machines built for transferring cine to video and DVD, over the years, have still replied on this technology. Indeed for many years we used such equipment produced by ELMO of Japan and more recently Tobin Cinema systems in the US. It has always been apparent to us that whilst camera, video and now digital technology was moving at a pace film transport was not.

The FlashScan HD, after years of development and experience in the transfer of larger formats enables a radically new approach.

Your film is transported by a rubber coated capstan wheel driven by an extremely precise stepper motor that is in turn controlled by a laser which detects the sprocket holes in your film. As the film passes through the gate a flashing light source exposes each frame to a rapid burst of red light, then green and finally blue. All at a speed invisible to the human eye. By using individual bursts of each colour we can achieve superior colour from the dye layers with in your film. The light source is also scatter diffused which helps disguise any minor scratches on the film. Finally the images produced are captured by a camera which has a true native resolution of 1280x720(720p50) The output is then digitized and recorded on to our computer hard drives as large high quality AVi files ready for compression to DVD or BluRay. Should you wish we can also supply you with these files.

The whole process and operation of the machine is controlled by computer
Posted by Jim Gregory at 11:00 No comments:

We're having some cine reel made...

As part of some excitting changes to the way we transfer cione film we need some large spools for customer films to be wound on to....

Our best option has been to have them made up for us.


Here are the mould being cut 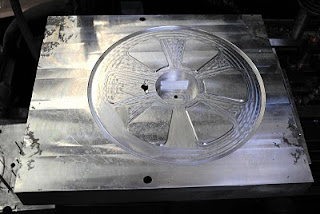 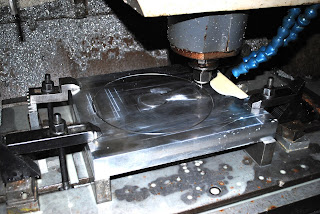 Jim Gregory
Aylesbury, United Kingdom
MD and fan of all things cine and video to DVD.